From childhood fables to powerful documentaries there is a reason we respond emotionally to storytelling. Scientific studies have confirmed that engaging stories light up more areas of the brain than factual corporate messages. The human appetite for storytelling never ends and by using a hybrid of psychology and narrative there are several ways brands can craft natural unforced storylines that get people to share their experiences.

Take Maes Beer a popular beer in Belgium. It’s good beer but not the country’s top brand. To increase market share the company came up with an unusual promotion.

Maes is the third most common surname in Belgium so the brewer offered a free barrel of beer to everyone in the country with the last name of Maes. The one catch? The recipients had to set up in a public venue and share their barrels with at least 20 friends.

Here's an excellent example of relationship building starting with a traditional print campaign and organically building into an online campaign. Every Maes household received a special mailing containing a code to unlock a place on the beer company’s Facebook page to choose a date and venue to share their barrels with friends. The campaign went viral with people messaging anyone with the name Maes on Facebook asking if they could attend the party.

Maes capitalizing on its newfound popularity encouraged people to change their Facebook names to Maes. In a single day the number of Maes Facebook page fans tripled to more than 75000. That's how you get people talking.[/vc_column_text][vc_separator type="transparent" up="25" down="0"][/vc_column][/vc_row][vc_row css_animation="" row_type="row" use_row_as_full_screen_section="yes" type="full_width" angled_section="no" text_align="left" background_image_as_pattern="without_pattern" padding_top="150" padding_bottom="150" bg_type="image" parallax_style="vcpb-default" bg_image_new="id^1604|url^https://exceleratedigital.com/wp-content/uploads/2016/07/How-To-Turn-A-Brands-Interaction-With-The-Public-Into-A-Story-That-Gets-People-Talking-inline.jpg|caption^null|alt^How To Turn A Brand’s Interaction With The Public Into A Story That Gets People Talking|title^How-To-Turn-A-Brands-Interaction-With-The-Public-Into-A-Story-That-Gets-People-Talking-inline|description^null" bg_override="full"][vc_column][/vc_column][/vc_row][vc_row css_animation="" row_type="row" use_row_as_full_screen_section="no" type="full_width" angled_section="no" text_align="left" background_image_as_pattern="without_pattern"][vc_column][vc_separator type="transparent" up="25" down="0"][vc_column_text]

Sometimes a story arises entirely out of an unassuming tweet. In 2013 a story widely shared on Twitter all began with a woman from Manchester England named Laura Ellen who posted a simple tweet tagging her two favorite sweets:

Much like Chewbacca Mom Ellen never expected her post to be anything but a throwaway comment in a sea of tweets. However Kit Kat was smart to recognize the opportunity for playful collaboration and responded two days later by tagging Ellen and challenging Oreo to a game of Tic Tac Toe with a Photoshopped image of an Oreo as the "O" placed in the game and crossed Kit Kat bars as the "X."

The repartee continued via Twitter reminding fans of both treats that human beings were behind the brands as they engaged in collaborative marketing that made everyone feel part of the emerging story. Not only did the two brands jump on the positive use of real-time marketing they reminded their fans that you don't always have to be rivals to have a happy ending.

Let the story tell itself

GoPro couldn't lose when it gave out its rugged cameras to thrillseekers to film moments in their everyday lives. They let the users' experiences do the marketing work. From partygoers jumping off cliffs to one of the most poignant and viral GoPro clips of a fireman reviving a kitten rescued from a house fire the company created demand for first-person video capture technology.

Viewers vicariously relive the videographers’ most meaningful and exciting experiences in each video ratcheting up the emotional connection (a necessary component for storytelling) be it fear envy exhilaration or dread.

"What they were capturing in videos were things we could not imagine to go out and shoot. They were doing things with cameras better than anything we could script" said Adam Dornbusch GoPro's senior director of content distribution in an interview with the New York Daily News.

And in an age where nothing can be actually truly experienced unless it's visually recorded the company has managed to seamlessly interlock its users’ experiences to its brand identity. The camera operator's stories are GoPro's stories -- literally. Every day GoPro chooses user-generated videos uploaded to its site and shares them on its social channels. Because of its massive success in the private sector now businesses are jumping on the trend to try to tell stories of their brands as if captured in real time like GoPro.

Whatever the medium -- through social media video a testimonial a commercial -- even traditional media like an annual report there are hundreds of ways to translate your brand into a dramatic message that resonates with people long after the message has passed. 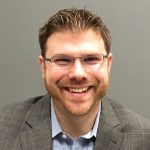 I am a Business strategist who revels in transforming strategies and integration processes into tangible results and maximizing their return on investments for our clients and business alike.