These are some of the reasons why content goes viral.

Not all businesses are inherently funny or even interesting. If you head up the marketing department for a company that sells parts for wheelchairs your job is infinitely harder than the marketing director’s that is in charge of marketing boutique pet clothes. Sure the comparison is a little far-fetched but we all know that sex humor cute kittens and giggling babies sell.

If your business doesn’t have any of these things going for it or even if it does your content needs to be constructed in such a way that it cuts through the constant noise the consumer faces. To get you started on the path to creating great content that captures an audience we did some digging into the science of viral content. The three factors below will help you give your content an instant boost and get you one step closer to “Jenna Marbles” fame.

In a 2011 study conducted by Jonah Berger and Katherine L. Milkman they examined the effect of thousands of articles that appeared on the homepage of the New York Times’ website. The goal of the study was in part to determine whether positive or negative content has more potential to go viral.

Help the viewer learn something or at least make them feel like they have.

You need not look any further than BuzzFeed to know that lists are highly effective but it isn’t the list content alone that makes for potentially viral content. The headline needs to grab the audience. The most effective lists are presented in a way that makes readers believe the content will improve their lives in some way. Either it will help them make a positive change make them look smart if shared or will make their friends laugh.

People naturally want to be liked. They want to be viewed as smart. List content that allows the viewer to achieve both goals has the potential to go viral.

Give readers a chance to express who they are.

One way to make content go viral is to make sure that it helps users express who they are and what they care about. This has never been more apparent than it was during the most recent election.

Candidates on both sides released content that expressed the principles behind their campaigns. This type of content gave voters a chance to express their views without having to construct their own content.

Clicking share is easy. Articulating your own thoughts especially those surrounding an event as emotionally charged as this year’s election is difficult.  This is part of the reason 2016 is being dubbed the Year of the Viral Election.

Of course your business probably isn’t responsible for creating campaign content nor is it likely to be a business that is churning out never-ending happiness. This doesn’t mean that you can’t create popular if not viral content. Use the points above as a guide when constructing a strategic plan and call Excelerate Digital if you get stuck. 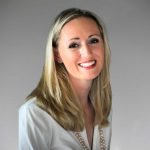 I’m guiding the agency strategy and direction.  We are a best in class organization that is deeply committed to creating and executing strategic marketing campaigns that exceed client expectations.  At our core we are strategic creative digital and local.

Essential Elements Every Successful Brand Must Have

How to Hold a Creative Brainstorming Meeting